The Parker Pen Company all started with it’s founder George Safford Parker in 1888 in Janesville, Wisconsin, USA. For many decades in the 20th century, Parker was the #1 writing instrument company in the world. Parker gave us classics such as the “51” fountain pen which was the most widely used model of fountain pen in history, and the “Jotter” ballpoint pen which was used by US presidents and fans alike.

As the company grew over the years, they set up manufacturing facilities in Canada, the United Kingdom, Denmark, France, Mexico, USA, Pakistan, India, Germany, Brazil, and Argentina. However, in 1987, a management buyout moved the company’s headquarters to Newhaven, East Sussex.

Commercial competition increased upon the Parker Jotter’s classic metal ink refill cartridge design. Low costs generic copies can now be produced in China. And as Parker’s unique design patent for the cartridge expired, Parker’s sales began to take a dip. In July 2009 Newell Rubbermaid Inc. announced that it had decided to close down the Parker production factory at Newhaven in England and relocate production to France.

Today, Parker is known as one of the oldest, most respected, and most reliable manufacturers of writing instruments in the world.

Each Parker pen is made up of up to 21 individual parts. Each fountain pen is weighted and balanced to optimize the twin channel feed and collector system ensuring even supply of ink to the nib. And each fountain pen is finished with stainless steel or 18 carat solid gold plated nibs for an adaptable writing experience.

Parker has recently released new versions of their classic “Sonnet” collection, as well as their sleek and sophisticated “IM” Collection. The changes are subtle but noticeable, and retain much of the Parker aesthetic which has become so iconic over the decades. Huge improvements have been made in the packaging as each pen now comes in a beautiful box that features literature describing each collection, as well as their two royal warrants that are now proudly displayed on the outside of the box. 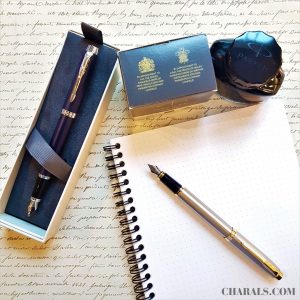 The non overpowering scents are both easy to the nose as on the skin, yet the shaving creams build a amazing lather which makes for truly great and enjoyable shaves time and time again.

Knightsbridge shaving products is now available at our Robson Street store at 171 Robson Street in Vancouver, and also online at charals.com. 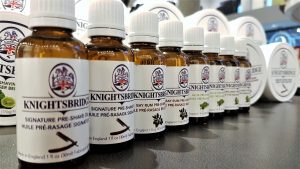 In the world of fine leather goods, only one name stands for quality, style, and value all-in-one. That name is Bosca.

Bosca is a third generation Italian-American leather goods company founded in Chicago in 1911. For generations, their products have stood the test of time, has consistently been at the forefront of innovation, and exuded timeless beauty. The Dolce Collection is Bosca’s latest collection that exemplifies all of those qualities. Each piece from the Dolce Collection is made of hand-stained Italian Vegetable tanned leather with a soft lustre to the finish. Double-stitch seams add strength and durability. Each piece in the collection is well thought out and designed to give the user a modern functionality that fits a 21st century lifestyle. 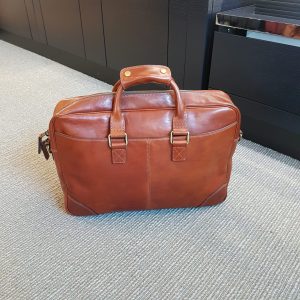 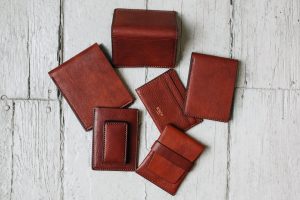 Your selection of Bosca available in-store at CHARALS in Vancouver at 171 Robson Street, or online at charals.com.

Rimowa, the most famous luggage company in the world just turned 80! The original luggage with the grooves has written a very storied history for themselves over the past eight decades. Interesting story, too, about how the look of the cases came about – a complete redesign after their factory burned down in the 1930’s. Hence prompting them to design a piece of luggage made of their now patented aluminum-magnesium material which is also fire-resistant.

Business and leisure travelers alike, Rimowa has always been the go-to for strength, reliability, and style. In recent years they have also introduced a full line of polycarbonate luggage in the Salsa Collection which took no time to become the industry standard in that segment for their lightness and durability. 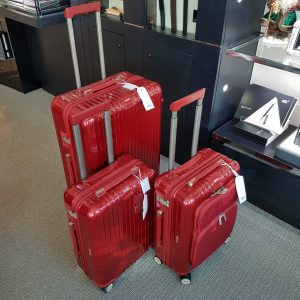 Rimowa held many celebration events throughout 2017, and around the world, to celebrate their 80th anniversary. These celebrations included special appearances by celebrity endorsers of the brand, as well as an exhibition of their personal Rimowa pieces.

At CHARALS we carry the entire Rimowa luggage collection. Discover these amazing pieces online at charals.com, or at our Vancouver location at 171 Robson Street.

Visconti pays homage to the famous Dutch artist Vincent van Gogh by creating a line of fine writing instruments that resemble some of his most renowned pieces. Each pen is made of a special resin that is blended with colors resembling the art piece it is commemorating, and all their fountain pens models feature a steel nib and converter.

Most of us simply love to eat chocolate, but very few of us can consider ourselves chocolate connoisseurs. For the ones who appreciate fine chocolate as much as a wine lover enjoys fine and vintage wines, chocoMe is a name that is synonymous with quality, variety, and perfection.

GÃbor MÃszÃros, a chocolatier from Hungary, started chocome in 2010. MÃszÃros attended the Chocolate academy of the Belgian Callebaut Company under the tutelage of chocolate guru Philippe Vancayseele. His goal was to develop unique, custom-made chocolate, exactly as he liked it. ChocoMe now features 60 million+ variations using 80 toppings all imported from either Germany, France, and Italy. Each bar is uniquely designed and customized, prepared, and hand-packaged with custom designed packaging by renowned designer Gyula Ebedli.

The result: incredibly unique and exclusive chocolates that are delicious, exotic, and breath-taking. ChocoMe chocolates is now available exclusively at CHARALS in Vancouver at 171 Robson Street. Come in today and discover truly fine chocolate by chocoMe.